Metal Slug Attack (Japanese: メタルスラッグアタック - Metaru Suraggu Atakku), also known as MSA, is a tower defense game created by SNK Playmore for iOS and Android mobile devices. It was originally announced by SNK Playmore in November 2015, and then officially released for Android and iOS on 14 February 2016[1][2]. The game itself is a sequel to Metal Slug Defense, featuring numerous improvements and brand new game modes, and is available for free download via the Google Play and iOS App Stores.

Much like its predecessor, at the core of this game is the 2D (side-scrolling, given the main series' style) 1-on-1 sub-genre of tower defense/strategy, with 2 bases on either side of the level where units are spawned. The main objective of the game is to destroy the opposing base by any means.

Once the game begins, forces start accruing Action Points (or AP for short), which are used to produce units that automatically advance toward the enemy's base. They can either execute attacks, or construct objects that impede the opponent, support allies, or produce additional units at no cost. Paying Rumi Aikawa a certain amount of AP will improve the rate at which AP build up, as well as the maximum AP that can be stored a time. Additionally, destroying enemy units grants a small amount of AP.

Although it follows the same basic mechanics as Metal Slug Defense, in Metal Slug Attack certain game play elements have either been reworked, added, or removed. 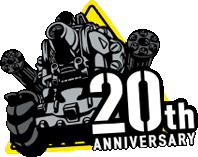